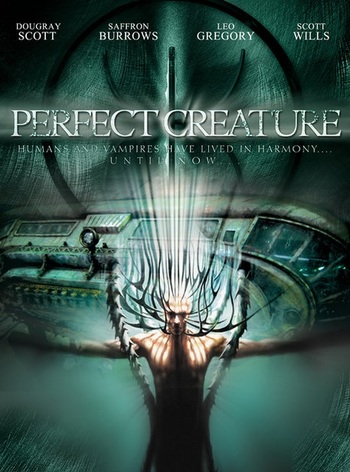 Perfect Creature is a Steampunk vampire movie from 2007, taking place in an Alternate Universe where 300 years ago, male babies were mysteriously born as vampires. They were revered as a Supernatural Elite known as "Brothers" that peacefully co-exist with humans. This delicate balance looks to be destroyed when an influenza epidemic begins to sweep the human population and one vampire turns to preying on humans. The church sends out Silus (Dougray Scott) to catch the renegade vampire, Edgar. Silus joins forces with Lilly Squires (Saffron Burrows), a human police captain, and discovers that Edgar harbors dark secrets.