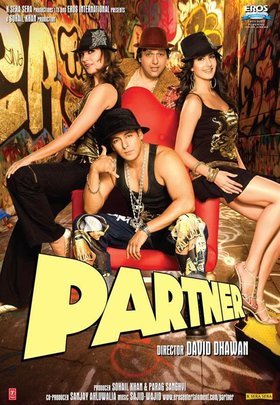 Salman Khan and Govinda in an attempt to woo the hip generation.
Advertisement:

Partner is the Bollywood reincarnation of Hitch, in a way that doesn't resemble Hitch. A Bollywood Nerd named Bhaskar falls head-over-heels in love with his beautiful boss, and asks the "Love Guru" Prem for help to woo her. There's lots of singing and dancing, Slapstick, and random elements that make this movie.