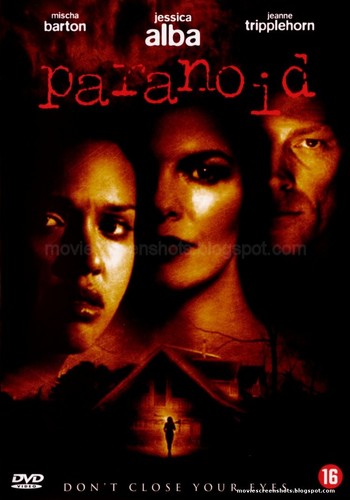 You're not paranoid if people really are after you...
Advertisement:

British movie from 2000, with Jessica Alba as Chloe, a stressed-out model who goes to visit her boyfriend outside London... and then gets kidnapped by a Big, Screwed-Up Family headed by Iain Glen and Jeanne Tripplehorn.