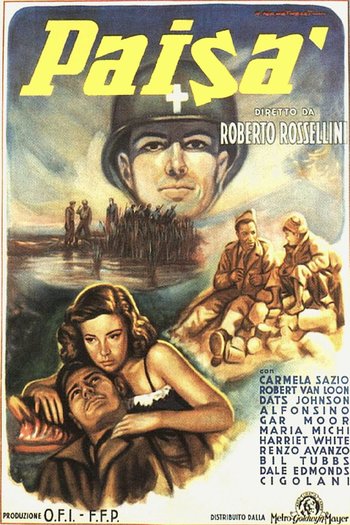 Paisan is a 1946 film directed by Roberto Rossellini.

It is the story of the Allied liberation of Italy, from the initial landings in Sicily in July 1943, to campaigning in the Po river valley in December 1944. The common theme behind the episodes is the culture clash between the Italians and their American liberators, with particular stress on the language barrier. The film consists of six unconnected "episodes" in chronological order.

A young Federico Fellini was credited with co-writing the story and screenplay. Giuletta Masina, Fellini's wife and frequent leading lady who would later become famous starring in Fellini movies like Nights of Cabiria, made her film debut in a bit part.