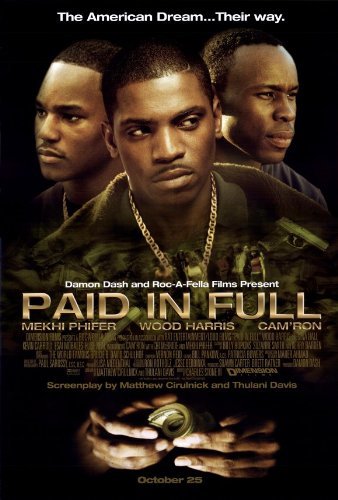 Paid in Full is a 2002 crime drama film starring Wood Harris, Mekhi Phifer and Cam Ron. Based on the lives of real-life Harlem drug dealers Azie "AZ" Faison, Rich Porter, and Alpo Martinez (portrayed in the film as Ace, Mitch, and Rico, respectively), the film chronicles their rise and fall as cocaine dealers in Harlem during the 1980s.