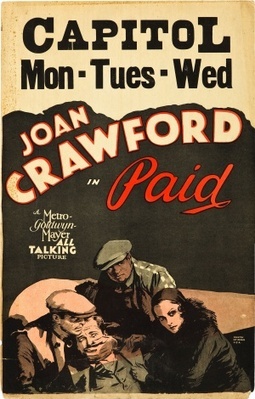 The film opens with Mary Turner (Crawford), a shop girl, unjustly accused of theft. The prosecutor, Demarest, pushes for the maximum, and the store owner, Edward Gilder, refuses her pleas for mercy. Mary is convicted and sent to jail for three years.

Three years expire and a hardened, cynical Mary is released. Her prison friend Polly, now working as a prostitute, refers her to gangster Joe Garson. Joe has interest in making Mary his moll, but Mary has other ideas. Specifically, she has an idea for a scam. Mary's idea is to get good-looking young women to tempt rich older men into ill-considered marriage proposals. Afterwards, facing a breach of promise suit, the men pay off. This gray blackmail scheme works well enough, but Mary has bigger ideas for revenge—ideas that involve Edward Gilder's handsome young son Bob.