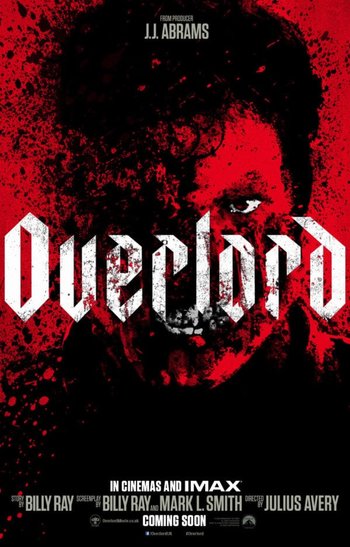 June 6, 1944. D-Day, Operation Overlord. That was when Allied forces invaded Normandy and liberated West Europe from the choking grip of Nazi Germany. But on the night before, a group of paratroopers is tasked to infiltrate enemy lines and bring down a radio tower. What they end up finding down below the tower, deep down below ground, is something much more sinister, much more horrifying, and much more evil than any single one of them could have possibly imagined.

Not to be confused with a completely different film, Overlord (1975), the light novel Overlord (2012), or with any other work named after Operation Overlord.

"What's behind that wall? What do you do to those people?"
"...They have been given a purpose."