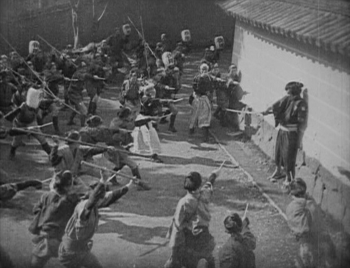 The film is a Jidaigeki, set during the Edo period of Japanese history. Heizaburo is a righteous Samurai who is in love with Namie, his master's beautiful daughter. Due to his low-class background, it only takes a series of misunderstandings to turn Heizaburo into a disgraced outcast. Meanwhile, he sees the rich and powerful get away with actual disgraceful behavior due simply to their status. Is there no justice in this world?

Originally, the film was going to be titled "Outlaw," but the Japanese censors of the time objected to an outlaw being portrayed as the hero. The title was changed to "Serpent," which confused the censors enough to get through.