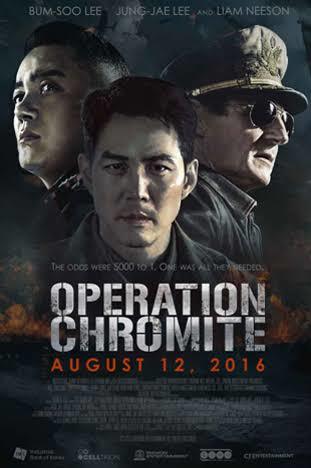 Operation Chromite (인천상륙작전, Incheon Sangryuk Jakjeon) is a 2016 South Korean war drama film directed by John H. Lee and starring Lee Jung-jae. It is based on the real-life events of the Battle of Inchon during The Korean War, although it presents a fictionalised version of the historical CIA/US military intelligence operation "Trudy Jackson", conducted before the actual landing operation. It was released on July 27, 2016 in South Korea. Internationally known for having Liam Neeson as General Douglas MacArthur.