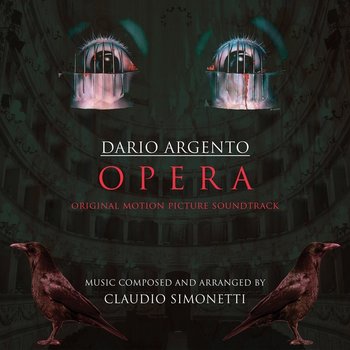 Betty, a young up and coming opera singer, gets put in the lead role of Verdi's Macbeth after the leading lady storms out of rehearsal and gets hit by a car (breaking her leg). However, she believes that the opera is bad luck for all involved and is quickly proven right when people start dying, violently.

Directed by Dario Argento, the film was inspired by an incident in his past: after the success of his "Animal Trilogy", Argento was approached by one of Italy's top opera production company with an offer to direct an upcoming production of theirs. Unfortunately for Argento, when he asked about doing a modernized version of an existing opera for the company, the offer was rescinded as they were only interested in doing period pieces. Furthermore, the film's iconic needles taped over the eyes bit is inspired by conversations between Argento and a close friend over how viewers of Argento's films often closed their eyes during the gorey parts of his film. The friend suggested Argento come up with A William Castle-type gimmick that kept viewers from not watching the gore.

The film is considered by many to be Argento's last true masterpiece. Fittingly for the film's play within a play, the film itself is largely known for its behind the scenes troubles:

The film was ultimately released direct-to-video, with a very small production run. As such, for years it was widely believed by many that the film never saw the light of day in the United States as well as the urban legend that the English language version omitted the final sequence of the film. Anchor Bay released it onto DVD in 2002, to much fanfare and acclaim.