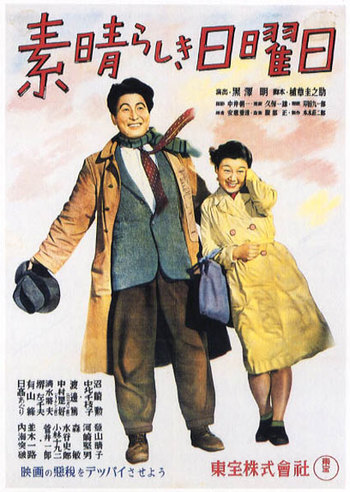 One Wonderful Sunday is a 1947 film directed by Akira Kurosawa.

The film opens with a young man named Yuzo waiting for his fiancée, Masako. Yuzo and Masako once had dreams of opening a coffee shop together, but then they were separated by the war. Yuzo made it home alive, but now the two of them are working poverty-level jobs and living with other people (he with an old friend, her with her sister). They do not have enough money to get an apartment so they only see each other on Sundays, the one day a week they have off. On this day they have only ¥35, not very much money, for the whole day. The two young lovers try to have as much fun as they can.