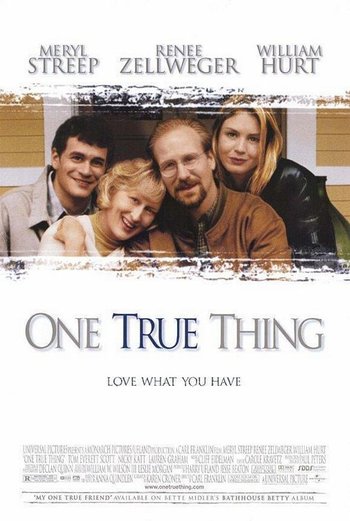 Love what you have
Ellen Gulden (Renée Zellweger) works as a journalist for New York Magazine and has a great boyfriend, at the request of her father George (William Hurt), Ellen returns home to New Jersey to care for her mother Kate (Meryl Streep), Ellen soon realizes that her parents aren't what that they seem to be.