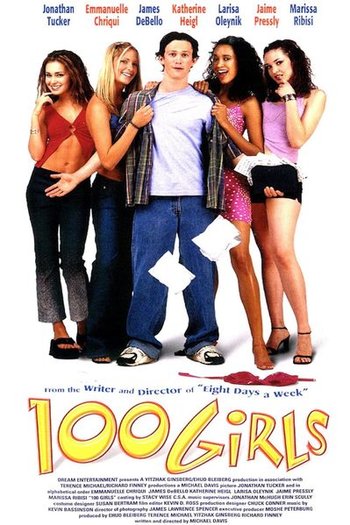 Matthew (Tucker) is a college freshman and a virgin. Leaving a party, he loses his virginity to an unknown girl during a blackout in an elevator. The next morning, he wakes up to find she isn't there. Thus, begins his search... Hilarity Ensues, along with some interesting observations about the nature of romance, sexuality, interpersonal relationships between genders and female archetypes.

Davis wrote and directed a Spiritual Sequel, One Hundred Women, in 2002.

See The Other Wiki's article