Film / Once Upon a Time in Shanghai 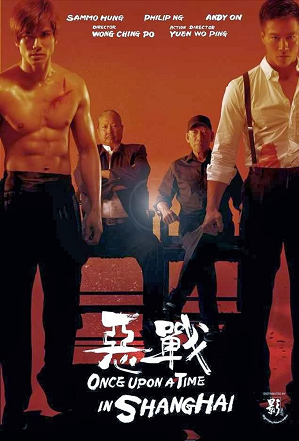 Once Upon a Time in Shanghai is a 2014 martial arts drama based off a previous 1972 Hong Kong film The Boxer From Shantung, itself based on the real life story of a Ching Dynasty boxer. Starring Philip Ng, Andy On and martial arts legend Sammo Hung.

The story is set in Shanghai during the 1930s, a laborer, Ma Yongzhen comes to the city with a friend comes to the town looking for a opportunity. Ma is a extremely gifted and strong martial artist but made a promise to his mother to not to use his incredible strength to become just another gangster. After arriving in the city he learns of the various rival gangs that control the area including the young but extremely powerful Long Qi, who himself is also incredibly powerful and used his martial arts to gain half of the city for himself and the other half to a fraternity of older bosses.

Despite trying to just get paid for honest work and stay true to his morals, Ma winds up getting dragged into the conflict as he begins making a name for himself among the more powerful players in town with his skills.

Not to be confused with the Once Upon a Time in China film franchise.