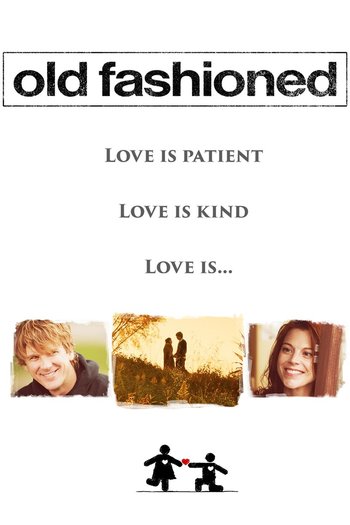 Old Fashioned is a 2014 romance film; directed, written and starring Rik Swartzwelder. It was distributed by Pure Flix.

Swartzwelder plays Clay Walsh, a former frat boy, who runs an antique shop in a small Midwestern college town. He has become famous around the town for his outdated beliefs on love and romance as well as for his devout faith in God. When Amber Hewson (Elizabeth Ann Roberts) rents the apartment above his shop, she finds herself surprisingly drawn to his faith and ideas, which are new and intriguing to her. And Clay, though he tries to fight and deny it, simply cannot resist being attracted to her spontaneous and passionate embrace of life. Ultimately, Clay and Amber must step out of their comfort zones as the two of them, together, attempt the impossible: an old-fashioned courtship in contemporary America.