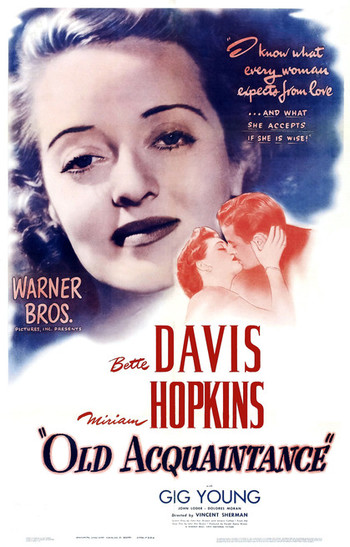 Was remade in 1981 as Rich and Famous, directed by George Cukor, and starring Jacqueline Bisset as Kit (renamed Liz) and Candice Bergen as Millie (renamed Merry). At the time of the remake's release, its distributor, Metro-Goldwyn-Mayer, had just acquired United Artists, which had owned the rights to the 1943 version since purchasing Associated Artists Productions in 1958, two years after a.a.p. bought the pre-1950 WB library. Both versions are now copyrighted to Turner Entertainment, which has operated as an in-name-only unit of WB since 1996.