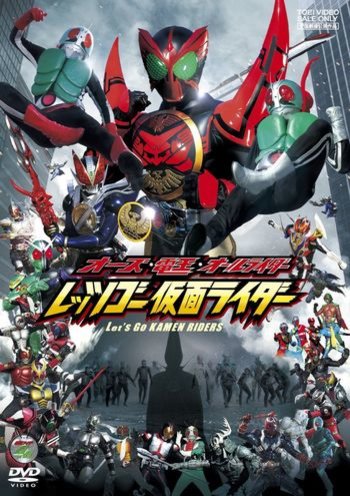 After Ankh accidentally coughs up a Cell Medal in the past while travelling with New Den-O, Shocker uses the technology to create a new Kaijin that manages to defeat the original Double Riders. Due to this, the past is rewritten so that Shocker now rules the world, and all the other Riders cease to exist. It's up to the Kamen Riders OOO, Den-O and New Den-O, accompanied by Ankh, to fix the mess they caused and save all of humanity.