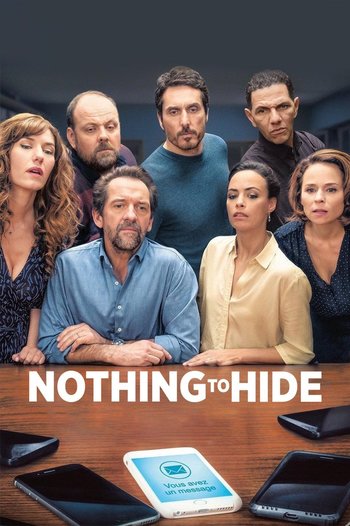 "Mobile phones have become the black box of couples, don't you think? Can you think of the number of divorces if everyone snooped on their partner's phone?"
—Marie
Nothing To Hide (Le Jeu, in French) is a dramatic comedy movie by Fred Cavayé.

A group of old friends gets together for a dinner party, and after debating about the use of cellphones, privacy, and couples, they decide to play a game in which they all put their phones at the table and, whenever one of them rings, all of them can hear and see the message or call that the phone received, no matter who called. This results in secrets being revealed all around.