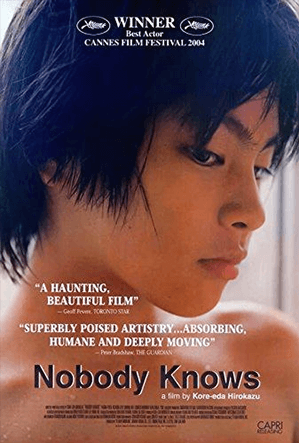 In Nobody Knows, we get the story of four kids: Akira, Kyoko, Shigeru, and Yuki, who are between 12 and 5 years old, half-siblings, and live in a small apartment in Tokyo, Japan, with their mother, Keiko. While their lives were odd, they seemed happy, even if the younger kids couldn't go or do anything outside or if their mother often leaves them. However, things change when their mother leaves and doesn't come back.

Tropes for Nobody Knows: