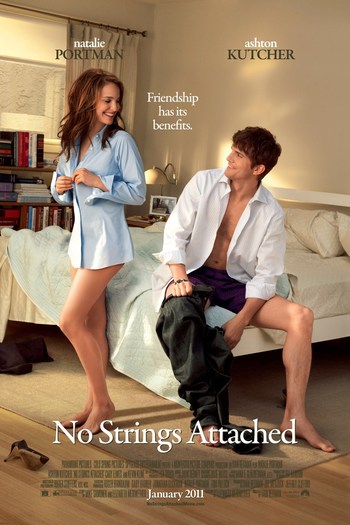 No Strings Attached is a 2011 romantic comedy directed by Ivan Reitman and written by Elizabeth Meriwether.

The story is about two longtime friends, Emma Kurtzman (Natalie Portman) and Adam Franklin (Ashton Kutcher), who decide to become Friends with Benefits.