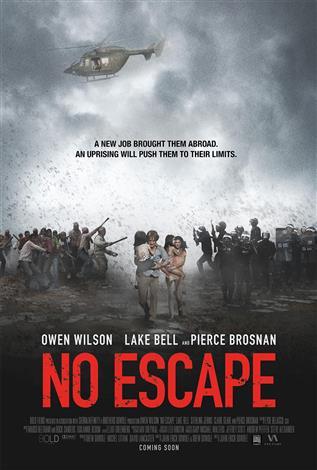 Jack Dwyer (Wilson) is an American who just moved to an unnamed Asian country for work along with his wife, Annie (Bell), and their two daughters. Shortly after they arrive, civil unrest breaks out and rebels start massacring foreigners. The film focuses on the Dwyer family's attempt to escape the country, only to find, well, that there might be no escape. Assisting them is Hammond (Brosnan), a British man they've met and befriended.

No Escape provides examples of: