Film / Never Hike in the Snow 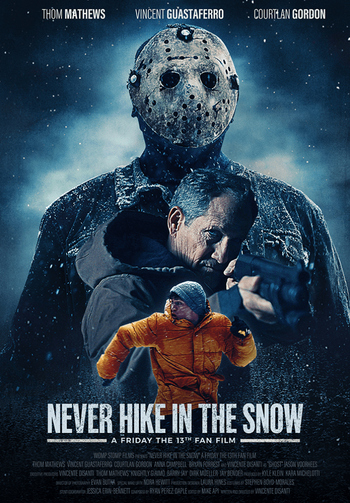 Never Hike In The Snow is a Prequel to the smash-hit Friday the 13th Fan Film Never Hike Alone by Womp Stomp Films.
Advertisement:

The story starts with young hiker Mark Hill going missing, and shows the reactions of Sheriff Rick Cologne, Tommy Jarvis, Mark's mother Diana, and regular deputy Allen Mabry and their attempts to deal with the problem.

It can be watched here.

This Fan Film contains examples of: