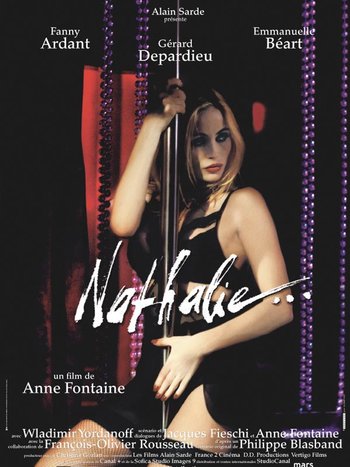 Catherine (Ardant) and Bernard (Depardieu) are a middle-aged married couple. One day she finds out that he's been cheating on her, but he dismisses the affairs as meaningless and assures her he still loves her. Unconvinced, Catherine goes into a sex club one night and meets a beautiful prostitute named Marlene (Beart). Catherine hires Marlene, giving her the codename Nathalie, to seduce and spy on Bernard and report their meetings to her.

The film got a 2009 Hollywood remake titled Chloe, which has some drastic differences in terms of the direction the plot takes.