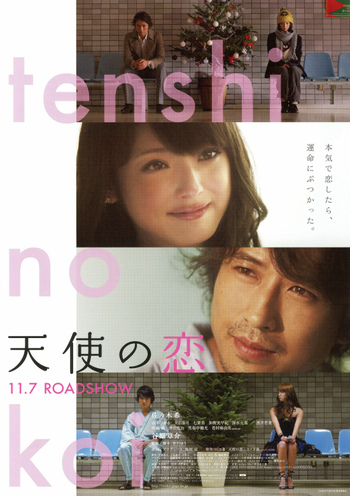 My Rainy Days (天使の恋) note Tenshi no Koi — "An Angel's Love" is a 2009 Japanese romance film starring Nozomi Sasaki and Shosuke Tanihara. The movie is an adaptation of a cellphone novel.

The film follows the story of two different people named Ozawa — Rio Ozawa, a high-school student who, along with some friends, does enjō kosai (compensated dating) to make money; and Kouki Ozawa, a university professor who keeps to himself. In spite of Rio being surrounded by a group of girls loyal to her, she's actually cold-hearted and manipulative, even roping in an innocent classmate to do compensated dating with them. However, when she encounters Kouki by chance, she finds herself falling madly in love with the quiet professor, and slowly starts to turn her whole life around in the process.