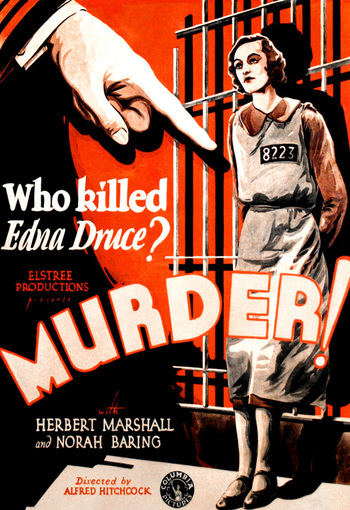 Murder! is a 1930 film starring Herbert Marshall and Norah Baring, and directed by Alfred Hitchcock.

Diana Baring is a stage actress who is convicted of the murder of Edna Druce, another actress in her theater troupe. Sir John Menier, another actor (who has apparently been successful enough to be knighted), is a juror at her trial. Menier is the last holdout against her conviction, and remains doubtful about the verdict. He decides to launch his own investigation, which reveals the truth behind the crime.

This was Hitchcock's first whodunnit. At the same time Hitchcock directed this film, he also directed a German-language version, called Mary, using the same sets. That version starred Alfred Abel, who played Joh Fredersen in Metropolis.