Film / Mom's Got a Date with a Vampire 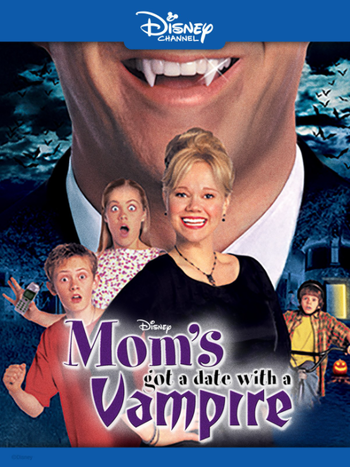 Aunt Hilda just can't catch a break
Mom's Got a Date With a Vampire is a 2000 made for TV Disney Channel movie.
Advertisement:

The Hansen kids are in a jam. Adam and his best friend have gotten their hands on some tickets for the Headless Horseman concert, and his sister Chelsea has a date with her dreamy boyfriend Peter.

The only problem is they're both grounded. Chelsea and Adam will do whatever it takes to get their mom Lynette out of the house, even if it includes a chance meeting with a very mysterious man. Everything seems to go according to plan until their little brother Taylor realizes that this stranger might be... a vampire.