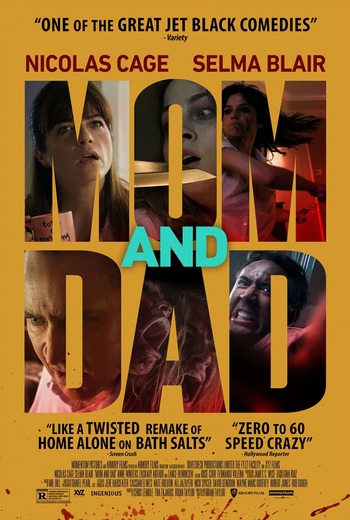 Sometimes they just want to kill you.
Mom and Dad is a horror comedy film written and directed by Brian Taylor (Crank, Crank: High Voltage) and starring Nicolas Cage and Selma Blair. The film premiered at the 2017 Toronto International Film Festival, and had a wide release on January 19, 2018.

A teenage girl, Carly Ryan and her brother Josh must survive for 24 hours when a wild hysteria with an unknown cause causes parents to turn on their own kids, including the two kids' parents, Brent (Cage) and Kendall (Blair).

Mom and Dad contains examples of: