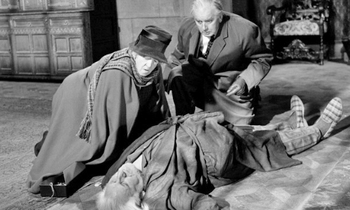 Between 1961 and 1965, MGM made four Miss Marple films starring Margaret Rutherford. Each film in the series was directed by George Pollock and featured scripts written by David Pursall and Jack Seddon. Although none of them bore any resemblance to the books on which they were based, each of them had their redeeming charms and to this day all of the films have their loyal following of fans.