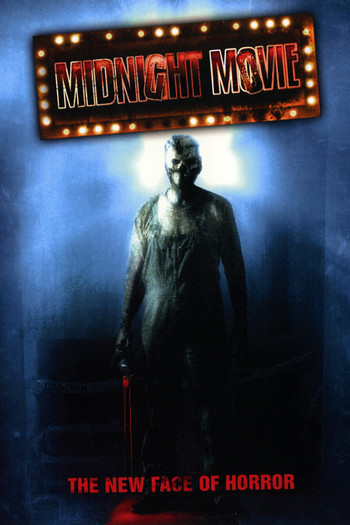 Midnight Movie is a 2008 slasher movie which focuses on a lumbering, masked serial killer who breaks free from the movie The Dark Beneath to begin stalking the patrons and employees of the movie theatre. Called out of the movie by fear, the killer's transition from film to real life is marked by a Melting-Film Effect. The kill is then projected onto the screen for those still in the theatre to watch. The killer then transitions back into the film with the body of his now limp victim to drag the victim to his secret lair.

The audience watching the film is slow on the uptake at first, deeming it all a prank. After figuring it out, the plot plays out like a more traditional slasher film.