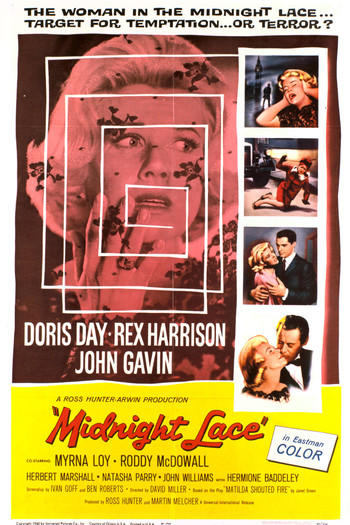 A 1960 thriller film, directed by David Miller and adapted from Janet Miller's 1958 play Matilda Shouted Fire, about an American woman living in London who begins to suspect someone is trying to kill her, but no one believes her.

Doris Day stars as the woman and the ever-suave Rex Harrison plays her British businessman husband. Also in the cast are John Gavin, Myrna Loy, Roddy McDowall, and Herbert Marshall.