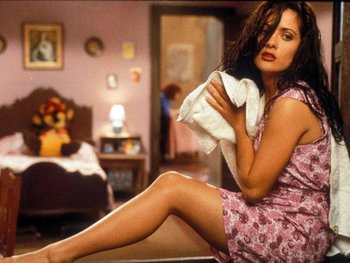 It's about the lives and relationships of the people who live in and around the eponymous alley in Mexico City. The film is structured into four segments.