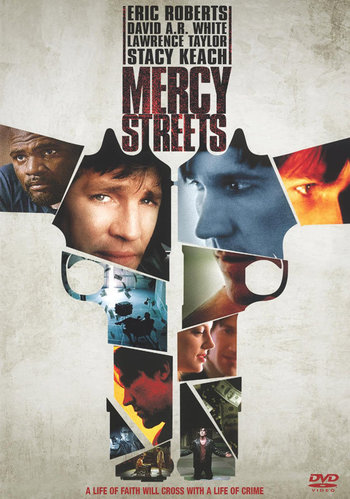 The story begins with a small-time Con Man named John (David White) being released from prison, whereupon his mentor, Rome (Eric Roberts), tries to talk him into doing One Last Job. Instead, John rips off the seed money, hoping to invest it in a legitimate real-estate deal. When Rome discovers the deception, John flees, accidentally loses the money, and desperately seeks out his estranged twin brother, Jeremiah (also played by White).

Before the brothers can meet, Rome abducts Jeremiah, believing him to be John — and John decides to pose as Jeremiah. A few things complicate this: Jeremiah is a preacher, his housemate is a policeman, and his girlfriend, Sam (Cynthia Watros), just rejected his marriage proposal.

As John improvises his way through this unfamiliar milieu, his priorities gradually change: first he's focused on raising money to go through with the land deal; then he's taken with Sam and patches things up with her on Jeremiah's behalf; then his anger at Jeremiah for abandoning him to apparent death when they were teenagers resurfaces, and he seeks revenge by verbally abusing Sam to alienate her and "confessing" to his own murder in an attempt to sabotage Jeremiah's career.

In the mean time, Rome, unwilling to lose his million-dollar scam, presses Jeremiah into service as John's replacement. John will be framed for a murder otherwise, and Jeremiah, racked with guilt, is unwilling to abandon his brother again.

Mercy Streets teeters on the edge between Troperiffic and Cliché Storm, particularly in its unironic use of Twin Tropes.