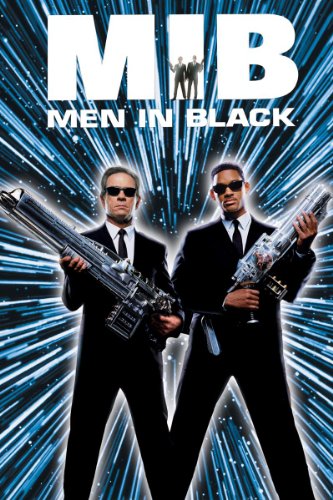 An agent of a secret organization called the MIB (Men in Black) code-named "K" (Tommy Lee Jones) seeks out a new recruit to monitor alien activity on Earth. The MIB passes over Navy SEALs and Green Berets, instead deciding on the quick-thinking and fast-talking NYPD Detective James Edwards (Will Smith). Without knowing what he was recruited for, James (now codenamed "J") is told that the MIB agency is beyond all government jurisdiction, and that they are responsible for the alien (and we do mean alien) immigrants who have taken residence on Earth. Part of the MIB's effective cover-up is using advanced alien technology to impersonate actual government officials, and especially the use of a device called the Neuralyzer, which is able to give Laser-Guided Amnesia to anyone not wearing special MIB-issue tinted glasses.

The films are only moderately based on the original comics, mostly borrowing the concept and wardrobe of the agents. With a smart sense of humor, the deadpan delivery of Tommy Lee Jones as the seen-it-all K and the much lauded performance of Will Smith as J, the first Men In Black movie was one of the most popular films of 1997. Some publicity was garnered on advertising posters from the fact that they are literally "Mr. Smith and Mr. Jones." Will Smith also released a tie-in music video entitled "Men In Black."

The film has spawned two sequels, Men in Black II (2002) and Men in Black 3 (2012), an animated series, and a theme park ride. A spin-off film, Men in Black: International, was released in 2019, with F. Gary Gray (Straight Outta Compton, The Fate of the Furious) directing and Chris Hemsworth and Tessa Thompson starring.

"Protecting The Tropes From The Scum of the Indexes":

Now, if you could just look right here... 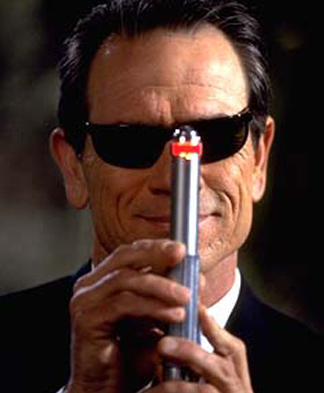 "Damn, what a gullible breed."

You weren't at your computer for the past few minutes. You got up, got something to eat and then visited a few other sites. Checked some blogs, answered a couple e-mails, nothing too eventful or life changing. After a few minutes, you returned to TV Tropes and found a completely different page to view.

In order to become Agent J, James Darrell Edwards must have his identity erased.

In order to become Agent J, James Darrell Edwards must have his identity erased.