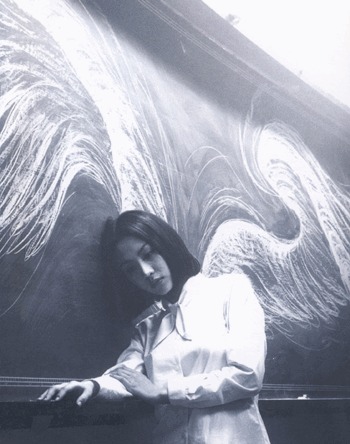 "The first kiss, like the smell of apples? On your lips I've smelled the blood, that touches my tongue."
— Hyo-shin
Advertisement:

Memento Mori is a 1999 Korean horror film directed by Kim Tae-yong and Min Kyu-dong. While officially a sequel of Whispering Corridors, it's actually more of a Spiritual Successor. It tells the story of two schoolgirls, Hyo-shin and Shi-eun whose intense friendship eventually blossomed into a lesbian relationship. The plot is set into motion when their joint diary is found by another student, Min-ah. Early on in the film, Hyo-shin commits suicide and strange events begin to occur, all seemingly related to the mysterious diary.