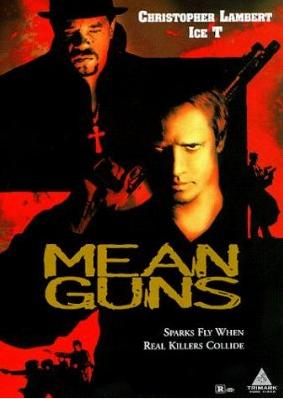 Mean Guns is a 1997 action film starring Christopher Lambert and Ice-T as Vincent Moon, a charismatic crime lord whose syndicate has just built a new prison. The day before its opening, he brings together 100 people who have betrayed the syndicate, dumps weapons and ammo on them, and gives them six hours to fight it out in the prison before his men move in and kill everyone. The last three survivors will walk out with their lives and split $10 million.

Directed by Albert Pyun, this little movie gained a cult following (especially in USA, Russia and Ukraine) for its unusual style and storytelling as well as its multi-layered plot.