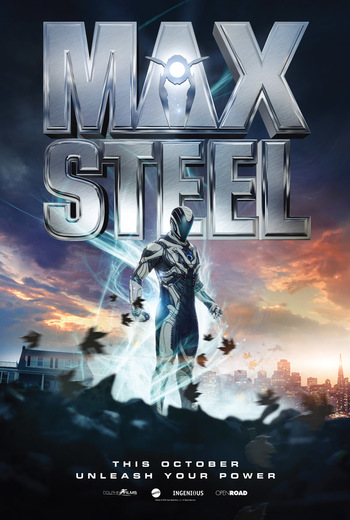 Unleash your power.
Max Steel is a movie based on the 2nd iteration of the Max Steel series.
Advertisement:

When a teenager, Max McGrath (Ben Winchell), discovers that his body can generate the universe's most powerful energy, he must bond with a techno-organic being named Steel (voiced by Josh Brener) to contain it. United as the superhero Max Steel, the two friends must combat an alien menace known as the Ultralinks and unlock the secrets of their past.