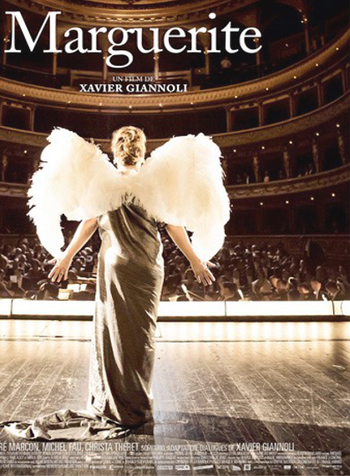 Marguerite Dumont (Frot), a rich aristocrat, gives private recitals in her house. She is convinced to be a good singer, but actually she sings totally out of tune. Nobody, including her husband Georges, dares to tell her. When a journalist writes a positive article about her performance, Marguerite decides to give a real concert.