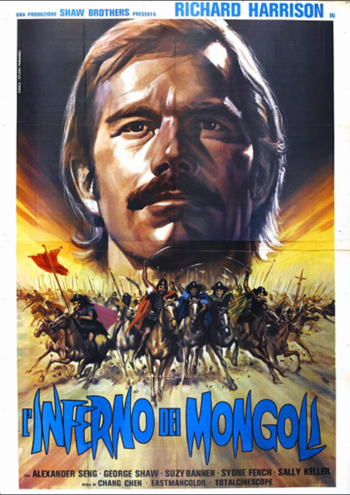 In the Yuan Dynasty, the Venetian merchant and traveler Marco Polo (Harrison) is appointed as advisor for the court of Kublai Khan, who had recently taken over China and is in the process of wiping out the local La Résistance. A small group of resistance warriors are all that opposes Khan, including a band of four consisting of Li Xiong-Feng, Zhou Xing-Zheng, Huang Zong-Han and Chen Jie. Posing as an ambassador to the resistance, Marco Polo ends up joining the assassins in their fight against the Mongols.

Unrelated to the Netflix series of the same name.