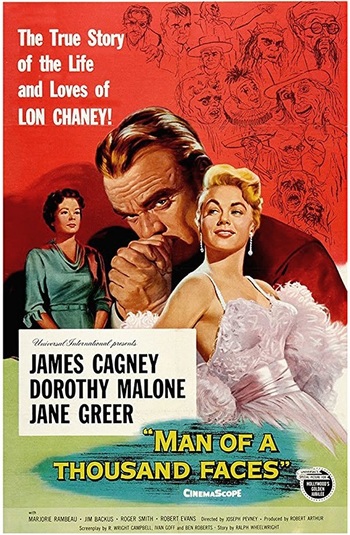 Man of a Thousand Faces is a largely fictionalized 1957 Biopic of silent movie actor Lon Chaney, directed by Joseph Pevney and starring James Cagney in the title role.