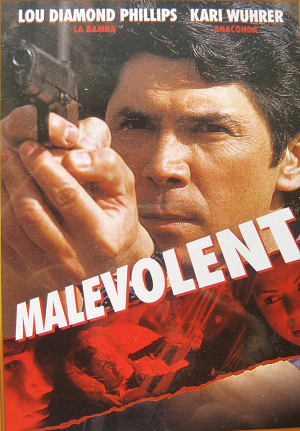 Malevolent is a 2002 thriller film.

Detective Jack Lucas (Lou Diamond Phillips) is under investigation by his superiors for a job-related shooting when a young man he doesn't know starts stalking him and framing Jack for murder. Jack has to find the malevolent stranger to clear his name.