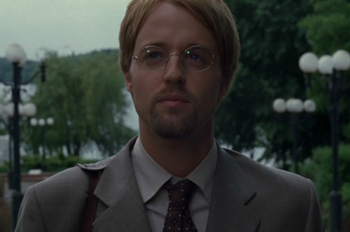 Madhouse is a 2004 horror film, directed and co-written by William Butler and starring Joshua Leonard.
Advertisement:

Clark Stevens, a psychiatric intern, has come to Cunningham Hall Mental Facility to train before he can graduate to medical school.

Soon after Clark’s arrival the murders start and no one is safe.