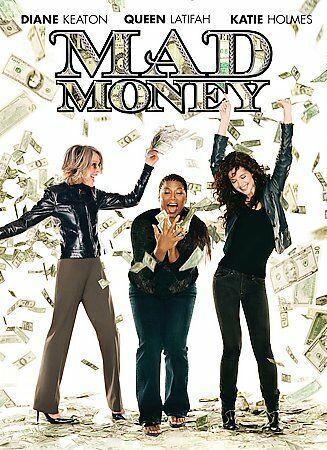 Mad Money is a 2008 American comedy-crime film, starring Diane Keaton, Queen Latifah, and Katie Holmes, with Ted Danson, Stephen Root, Roger Cross, and Adam Rothenberg in supporting roles. It is loosely based on the 2001 British Made-for-TV Movie Hot Money, itself based on the real-life "Loughton Incinerator Thefts" (see The Other Wiki

A trio of workers at the Federal Reserve Bank Kansas City hatch a scheme to steal bills marked for shredding. Hilarity Ensues!

Not to be confused with the financial advice program hosted by Jim Cramer, although the characters do watch the show at one point in the film.