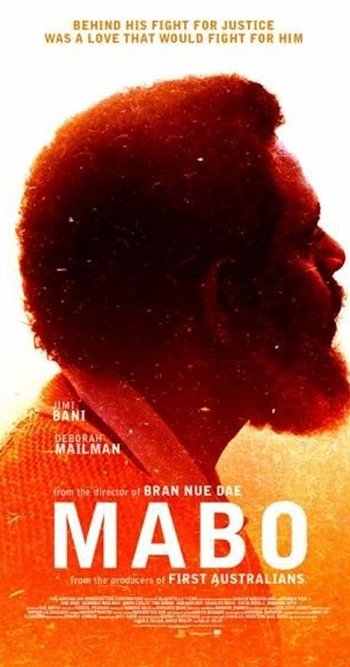 Mabo is a 2012 Australian film focusing on Eddie Mabo's fight for the recognition of Aboriginal Land Rights. It premiered on The ABC on the 10th of June, 2012. Notable for being the first well funded and widely broadcast film to deal with Aboriginal Land Rights, without it being an allegory told through white, lower-class larrikins.

The director also made Bran Nue Dae, which too deals with Aboriginal rights but through song.