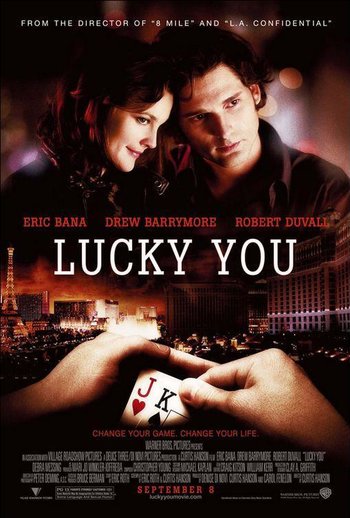 Lucky You is a 2007 American drama film directed by Curtis Hanson, and starring Eric Bana, Drew Barrymore and Robert Duvall.

Huck Cheever (Bana) is a young and talented poker player in Las Vegas haunted by his relationship with his estranged father, L.C. Cheever (Duvall), a two-time World Series of Poker Champion, and with who he would face off against if he wins a seat in the World Series of Poker Main Event. He must balance this challenge with an intense romance with aspiring singer Billie Offer (Barrymore).