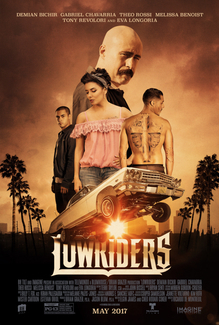 The film is set in Boyle Heights, Los Angeles. The main protagonist is Daniel "Danny" Alvarez, a graffiti artist, who is conflicted between loyalty to his father, Miguel Alvarez and his recently released from prison brother, Francisco "Ghost" Alvarez.