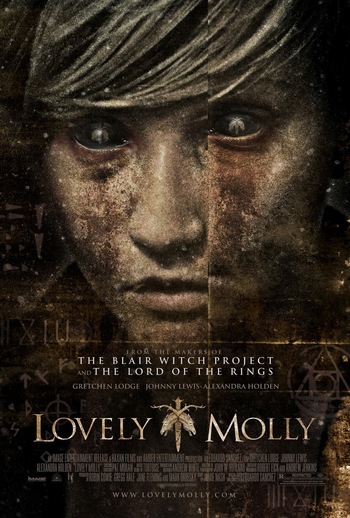 Lovely Molly is a 2012 psychological horror film directed by Eduardo Sanchez and starring Gretchen Lodge, Johnny Lewis, Alexandra Holden, Lauren Lakis, and Ken Arnold. Newlyweds Molly and Tim have moved into her family home after the wedding. Tim, a truck driver, is often away from home, and while he's away, Molly starts experiencing what seems to be a haunting linked to her deceased father. Tim and Hannah, Molly's sister, are convinced that the issues are tied to Molly's history of heroin abuse and psychological problems.