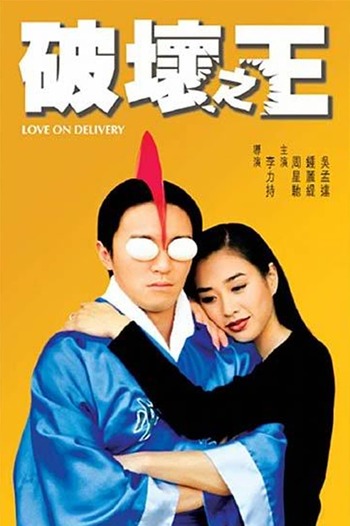 Love on Delivery (破壞之王; aka. King of Destruction) is a 1994 Hong Kong comedy film directed by Stephen Chow and Lee Lik-Chi. The film stars Chow, Ng Man-tat, and Christy Chung.

The film tells Ho Kam-An, Ho Kam-An is a love-struck dim-sum delivery boy who falls in love to Lily, a beautiful judo student. After being humiliated by her boyfriend (also a black belt) called Black Bear, Ho goes out and seeks the services of an aging kung-fu master who teaches him a half-assed style of kung fu "Karate Kid" style.

Page pretty much in progress. Help is appreciated.