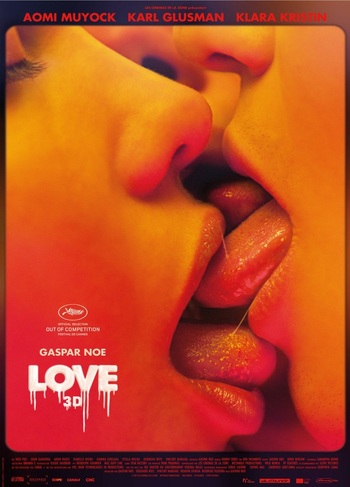 The film centers around American amateur filmmaker Murphy (Karl Glusman) and his loveless relationship with a woman named Omi (Klara Kristin). When Murphy receives a call that his drug-using ex, Electra (Aomi Muyack), has been missing for weeks, he spends the rest of the day reflecting on his relationship with her, and the infidelity with Omi that brought forth his first child.

The film was Noé's first film to be released in 3D, and featured many actual, unchoreographed sexual acts between its three leads.