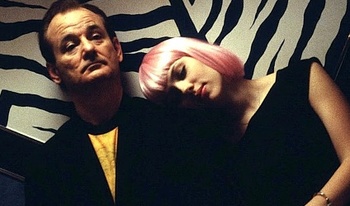 "I can't tell you how many people have told me that they just don't get Lost in Translation. They want to know what it's about. They complain 'nothing happens.' They've been trained by movies that tell them where to look and what to feel, in stories that have a beginning, a middle and an end. Lost in Translation offers an experience in the exercise of empathy. The characters empathize with each other (that's what it's about), and we can empathize with them going through that process."
— Roger Ebert
Advertisement: