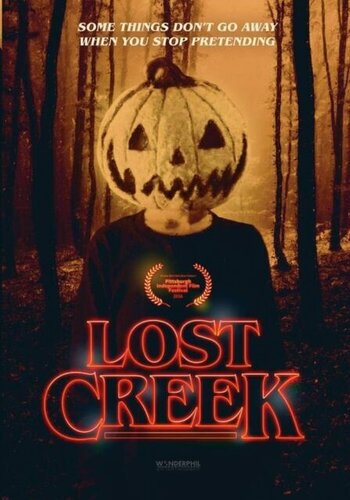 Some things don't go away when you stop imagining.

Lost Creek is a Horror Movie by Colin Adams-Toomey.

Peter Rowlands (Oliver Stockman) is a kid who recently moved to a new town with his mom, who got a job at the local college. He has a friend in his classmate Bill (Henry Stockman), and recently met a girl named Maggie (Bryanna Bartoo) at the creek in the woods. She warns Peter not to go past the creek, because a monster lives on that side.

Soon after meeting Maggie, Peter starts having nightmares about a voice calling out to him, and him mysteriously ending up in the woods. Worse, the town is starting to seem strangely empty. Maggie says it's the monster's doing, and they have to stop it.